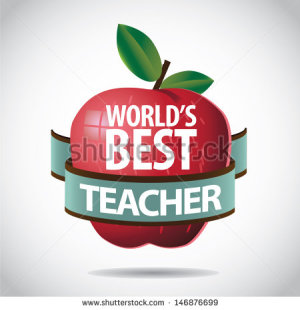 Every Life Has A Story…

Rev. Dr. Robert Green was born on September 21, 1933, in a one-room cabin in Leary, Georgia to the parentage of Mr. Charlie Robert Green and Mrs. Willie Faye Collins Green. Rev. Green received his early education from the Leary Public School System up to the 10th grade. He completed his junior and senior years of high school in Albany, Georgia, and graduated from Monroe High School in 1950.

After graduating from high school, Dr. Green enrolled at Albany State College and received a Bachelor of Science degree in elementary education in 1954.  He accepted a faculty position as a teacher in rural Southwest Georgia after graduation from Albany State College and began his career as an educator working in Clay County.  It was while working in Clay County he met the woman of his dreams, Miss Estella Elaine Wallace.  He also worked on his master’s degree during the summers by traveling to Florida A&M University. He earned his Master of Science Degree in Elementary education and Administration and Supervision from Florida A&M University, in the 1960s. In the midst of pursuing all of his education, he and Estella were married and moved back to Leary, Georgia, where he accepted a faculty teaching position which he held for many years.

Rev. Green was raised by his parents, in Leary's Bethel CME Church, he was taught to love the Church and all it stands for.  He was ordained and licensed to preach in the Christian Methodist Episcopal Church Annual Conference as a licentiate at Usher’s Temple CME Church. He later pastored churches in Mount Zion CME in Eastman Ga., Mount Pleasant CME in Montezuma, Georgia, Toccoa, Georgia Atlanta, Georgia, Warner Robins CME, and Usher’s Temple CME Church in Fort Valley, Georgia.  He served as a General Conference Delegate from 1978 through 1990. Dr. Green also attended Interdenominational Theological Center in Atlanta, Georgia.

Dr. Green participated in numerous civic affairs. He enjoyed membership and held positions in numerous organizations including Habitat for Humanity, Fort Valley Ministerial Alliance, Fort Valley Community Food Bank Board Member, Chairman of the Board of Directors of Boy Scouts of America, Warner Robins Troup, and President of the Retired Educators Association.

Rev. Dr. Green is also the author of many papers which he has presented at conferences, as well as published books and articles on education and minority youth.  His work has appeared in such publications as Arithmetic Teacher, Education Digest, Ebony, Jr., and Education & Religion.

IN AN EFFORT TO PROTECT THE PUBLIC FROM THE SPREAD OF COVID-19, THERE WILL BE LIMITED SEATING IN THE SANCTUARY OF USHER'S TEMPLE CME CHURCH.  THE FAMILY HAS REQUESTED FOR THE THOSE WHO ARE UNABLE TO ASSEMBLE IN THE SANCTUARY TO PLEASE MEET THEM AT THE WILLOWLAKE MEMORIAL GARDENS CEMETERY FOR THE COMMITTAL SERVICE.

To send flowers to the family or plant a tree in memory of Rev. Dr. Robert W. Green, please visit our floral store.