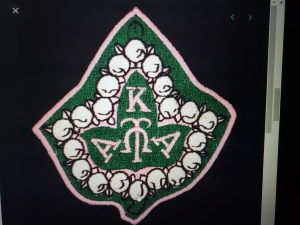 Mrs. Barbara Gallashaw Toles, entered into rest on March 6, 2020 at the Warner Robins Rehabilitation
Center She joined her heavenly Father on the 83 rd anniversary of her birth.
Barbara Gallashaw was born in Charleston, South Carolina on March 6, 1937 to birth parents Martha
Gallashaw and Pernell Ross. Recognizing that Martha was merely a young woman at the time of her
daughter’s birth, Martha’s oldest sister, Celia Safronia Gallashaw Richardson and her husband Eugene
Richardson, decided to raise Barbara as their own in their modest home at 81 Nunan Street, Charleston,
SC.
Barbara excelled in school and was an exemplary student. Although she was very quiet, she got along
with everyone. Not allowed to go to parties or hang out outside the home with her friends, she enjoyed
playing table tennis and visits from her best friend Alice, laughing and recounting the events of the day.
Barbara graduated from Burke High School, earning honor roll status every year, and finishing as class
valedictorian. Although she received multiple scholarships from different colleges, Barbara selected
South Carolina State College in Orangeburg, majoring in Mathematics on a full academic scholarship.
While at SCSC, Barbara began a new love of card games and tennis, and also became a distinguished
Soror of the Beta Sigma chapter of Alpha Kappa Alpha Sorority, Inc in the Spring of 1968. After obtaining
her Bachelor of Science degree in 1959, she quickly furthered her education, graduating one year later
from Atlanta University, earning a Master of Science in Mathematics in 1960. Upon obtaining these
degrees, Barbara sought out even more knowledge, doing further study at the University of Colorado,
Vanderbilt University, and the Ohio State University.
Once Barbara graduated from Atlanta University, she began her professional career at Fort Valley State
College as a mathematics instructor. Barbara’s love for card games and affinity for numbers was fine
tuned to an intense interest in the game of Bridge. Now on her own, she was able to enjoy meeting up
with friends over a card table in the small town of Fort Valley. At one of these events, she met and
became enamored with James LaFayette Toles, Jr. a young FVSU business professor. After a few years of
dating (or courting, as they used to say), they became married.
James Toles (affectionately called Jimmy by Barbara) brought a full package of love to the marriage:
three children by a previous marriage of whom he had full custody. He also had a thirst for knowledge,
taking his new family to North Dakota where he earned his doctorate, added to the family, and made
new lifelong friends. James and Barbara returned to Fort Valley to teach at the college and establish
strong roots in the community.
Barbara Toles was a loving, selfless mother to all who entered her home; be they her children, those in
the neighborhood, or students from her classes. Her own brood of five often entertained their friends in
the family home and all were always welcome, to fun, food, a cool respite from the hot summer sun, or
an enjoyable evening of music and dancing in her home’s basement.
Barbara retired from Fort Valley State University in 1999 after 39 years of teaching students the marvels
of algebra, trigonometry, differential equations, and calculus. Her students respected and revered her
command of mathematics and her willingness to help anyone who was willing to learn the subject she
loved. Barbara volunteered her time tutoring on campus or at home for struggling students and serving
as the faculty advisor for the college’s Beta Kappa Chi and Alpha Kappa Mu honor societies and the
Math Club. Her colleagues enjoyed her enthusiasm and solid work ethic most employers would envy.

To send flowers to the family or plant a tree in memory of Mrs. Barbara Toles, please visit our floral store.