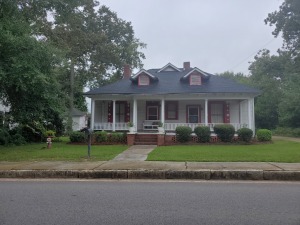 Cordele, Georgia - With sadness we announce the passing of Mr. Robert Lee Jones, Sr. of 408 5th Street South.  Mr. Jones passed away on Monday, September 13, 2020, at Crisp Regional Hospital.  Graveside funeral services will be held on Saturday, September 19, 2020 at 2:00 PM  at Sunnyside Cemetery in Cordele.

Robert Lee was born in Dooly County, Georgia, and later moved to Crisp County. He was educated in the Crisp County PublicSchool System in Cordele, Georgia.

Robert Lee was employed by Cook Electric for over 30 years. He also operated a landscaping and lawn maintenance service. He served the same dedicated and loyal customers for many years. Robert Lee’s favorite pastimes were watching his treasured Dallas Cowboys and the Atlanta Braves.

On Sunday, September 13, 2020, Robert Lee left this old earthly tabernacle behind and swiftly said good-bye to his family, customers, and friends.

The CJ Edwards Funeral Directors of Fort Valley, Georgia has charge of the arrangements.

To send flowers to the family or plant a tree in memory of Mr. Robert Lee Jones, Sr., please visit our floral store.