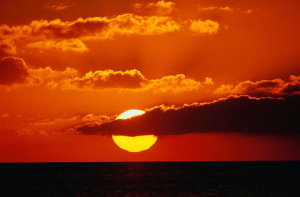 Marshallville, Georgia - Funeral services for Mr. Louis Ivory, Sr. will be held on Saturday, July 6, 2019 at 11:00 am in the Sanctuary of the Greater Cathedral of Praise First Born Ministries with Bishop Titus Deas Officiating.  Burial will follow in the Willowlake Memorial Gardens Cemetery.  Mr. Ivory peacefully made his transition on Friday, June 28, 2019 at his residence while surrounded by his family and friends.

Reflecting on the Legacy of Mr. Louis Ivory

Growing up in a loving Christian home, Louis confessed Christ at an early age and was a member of Zellner’s Chapel First Born Church in Fort Valley, Georgia.

Educated in the public school system of Macon County, Georgia, he attended the historic Dennis Fulton Douglass High School in Montezuma, Georgia. After graduating from Dennis Fulton Douglass High School May 31, 1965, Louis moved to Miami, Florida where he attended Lindsey Hopkins Technical School earning a Certificate in Auto Paint and Body Repair. Shortly after beginning his career, he was drafted into the United States Army in 1966 and served two years.

While serving in the United States Army, on July 13, 1968, Louis married the love of his life and high school sweetheart, Gloria Jean Sanders Ivory and to this union three children were born.

Louis slept away quietly on Friday, June 28, 2019 to be with the Lord at this residence surrounded by his family.

To send flowers to the family or plant a tree in memory of Mr. Louis Ivory, Sr., please visit our floral store.