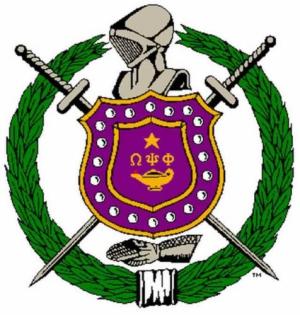 He received his early childhood and high school education from the Richmond County Public Schools in Columbia. Upon graduation from C.A. Johnson High School, Mr. Smith attended Hampton Institute receiving a B.S. Degree in Industrial Education. He furthered his education at Florida State University, earing a Master’s Degree. He also studied at Savannah State, Albany State and Fort Valley State Universities. Upon completion of his college education, Mr. Smith enlisted in the United States Army and received an honorable discharge as a Staff Sergeant. He served in the Army National Guard after retirement for 18 years.

In 1942, Mr. Smith accepted Christ and joined First Calvary Baptist Church of Columbia S C. He has always supported his church and served in several capacities. Throughout his travel, he has also been a member of the John I. Blackburn Presbyterian Church in Waynesboro, Georgia, the St. Paul Presbyterian Church, Cordele, Georgia and a member of the Trinity Baptist church of Fort Valley where he served as a member of the Usher Board, the Ambassador’s ministry and the church photographer.

Mr. Smith taught in the counties of Burke, Peach, and Macon and at the United States Army Reserve School in Bibb County. During his tenure in Macon County, he served as Chairman of the Industrial Arts Department and of the Georgia Industrial Arts Association, District #3. In the mid 60’s, Mr. Smith moved to Dearborn. Michigan to accept a position as technical Service Representative for the Ford Motor Company. Lincoln & Mercury Division.

He was an active member in several organizations; among them Past Basileus of Lambda Phi Chapter of Omega Psi Phi Fraternity, Inc Georgia Association of Educators, Past Treasurer and member of the National Education association Fred Douglas Masonic Lodge #143, a Thirty-Second Degree Mason, Ft Valley Evening Optimist Club, Noble of the Mystic Shrine of America, and Habitat of Humanity.

Mr. Smith was united in Holy Matrimony to the late Mrs. Evelyn Neal Childs Smith. They were blessed with four children. In addition to his parents, two children precedes them in death, Rise’ Marievelyn and Amos Smith, III.

To send flowers to the family or plant a tree in memory of Mr. Amos Marion Smith, please visit our floral store.